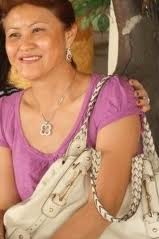 KUCHING: In the pursuit of creating more retail spaces, taking more risks could be the recipe to long-term success.
Unknown to many, most high-end malls nationwide operate based on a rent-only model. Lots are not sold for quick profit or to aid construction cash flow.
Having a rent-only mall — or one that has significantly fewer sold lots — means the mall’s management would have greater say from simple things like operating hours to important “pull” factors like tenancy mix.

New landmark: An artist’s impression of Plaza Merdeka.
Among the up and coming malls here, of which there are many, Plaza Merdeka, scheduled for completion a year from now, will likely be the first real competitor to The Spring, which opened just over three years ago.
“Eight per cent of Plaza Merdeka’s retail space is rent-only,” said Steve Ng, the managing director at Plaza Merdeka Management Sdn Bhd.
“Since the ownership for the management company is so high, we have a lot to lose. When that is the case, the onus is on us to ensure everything is done right.”
Ng has three concerns. The first is to secure good anchor tenants; second, to get good complimentary component stores; and three, to have 95% of the shops ready to operate on opening day.
So far, Ng said 75% out of the 350,000 sq ft at Plaza Merdeka had been accounted for, including three anchor tenants. Parkson will open its flagship store in Sarawak at the Plaza. It would be the largest, roughly 50% bigger than the one at The Spring.
The mall has also secured Kamdar, which will run their largest store in Borneo at the Plaza, and also Everrise supermarkets.
Ng said he believed the mall has a good combination of foreign and local operators. He was particularly excited about Everrise’s participation.
Ng said local operators were important because Sarawak-based businesses were more attuned to local sentiments, “and more nimble to adjustments”.
“Being local, they can change prices in a matter of hours when need be. There are pros and cons to everything. If everything is from peninsula, then decisions will take a longer time. Secondly, we need operators that are financially very strong, which Everrise is.”
Ng is no stranger to success. His 360 brand of hotels, which started less than five years ago, is already Borneo’s largest hotel chain. Presently, the company is readying its first hotel in peninsula, close to Kuala Lumpur’s busy Bukit Bintang area.
At Plaza Merdeka, 360 Waterfront will be ready from 2013 onwards, offering more than 200 rooms, starting at RM188.
“We are working very hard behind the scenes. We have a lot to lose.”
Posted by Phd in Economics at 4:11 PM