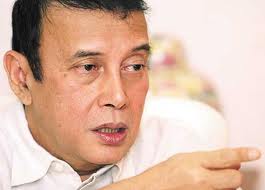 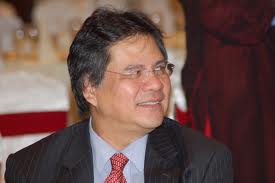 Betong division Risda officer, Muhamad Rizal Ahmad, said the grant would be used to develop 10,000 hectares. "We want to develop a more progressive and economically better-off rubber smallholder community in the state.
"Rubber, like oil palm, has all the potentials to generate good income for the rural community and to eradicate rural poverty," he told a media briefing after the launch of a one-day seminar on the prospects of smallholding rubber cultivation here today.
Deputy Information, Communication and Culture Minister, Datuk Joseph Salang Gandum, officiated the launch, attended by over 700 longhouse folks.
The seminar is jointly organised by RISDA, Malaysian Rubber Board and the Dayak Chamber of Commerce and Industry.
Muhamad Rizal said Risda has so far developed 1,500ha statewide, mainly in Betong and Bumiputera land.
He said the target this year was 2,450ha.
"Risda is focussing on replanting. We accept Native Customary Right (NCR) land. Most of the land we have developed so far are such land.
"But for owners who wish to participate, such land must be free from the usual overlapping ownership claim problem.
"Our emphasis also is for the farmers to use the new and more productive new rubber clone such as the PB 260, PB 350 and RRIM 928(under Group 1) and the RRIM 2001, RRIM 2002 and RRIM 2025 (Group 2)," he said.
Muhamad Rizal said RISDA, among others, provided a grant of RM13,500 per ha for interested farmers undertake replanting.
"For smallholders, the maximun size we accept is 40.46 ha per owner. For NCR landowners we prefer them to undertake group farming," he said.
He denied talks that RISDA would eventually take over all the land developed with its assistance.
"This is absolutely a mere fabrication. Since coming to the state in 2008, there had been no such case," he said. - BERNAMA
Posted by Phd in Economics at 12:04 AM