Posted by Phd in Economics at 10:33 PM No comments:

Financial War by American Government on Russian people and businesses 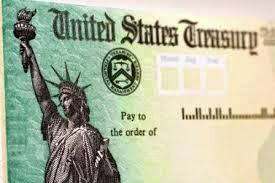 
Facebook Twitter Google LinkedIn
When diplomacy failed, war used to be inevitable, the continuation of politics by other means. Today, when persuasion doesn’t work, big powers turn to economic combat as their first resort. Sanctions occupy a messy zone between condemnations and air strikes. Hard to organize and uncertain in impact, they can hurt innocents and legitimate businesses. Russia’s seizure of Crimea and threats to eastern Ukraine are putting the effectiveness of sanctions to their latest test.

Source: Peterson Institute for International Economics
The use of financial warfare as an alternative to military force has grown dramatically in the new century. Since 2000, the U.S., European Union, Australia, Canada, Japan, Israel, Russia, South Korea and international organizations have imposed sanctions in at least 20 cases on nations including Myanmar, Sudan and Syria. No modern nation has wielded economic weapons more than the U.S., which restricted imports, exports, investments and other financial transactions more than 110 times in the 20th century to try to change policies, end weapons programs or topple a government. The U.S. Treasury became a prominent national security player after the terrorist attacks of Sept. 11, 2001. Its self-described “guerrillas in gray suits” manage 37 sanctions programs that target governments, individuals, terrorist groups or criminal organizations in about 20 countries. They range from asset freezes on Mexican drug lords and Russian oligarchs to bans on business with Iran and North Korea. U.S. and EU sanctions on Iran since 2010, honored by every nation that had been importing Iranian oil, squeezed its economic lifeline, tanked its currency, spiked inflation, and helped Hasan Rouhani win election last June on a pledge to get them eased. Within months, Iran returned to nuclear talks and made limited but historic concessions.

Source: Columbia International Affairs Online (CIAO)
The first documented use of economic pressure for political ends dates to ancient Greece (the city-state of Megara banned trade with Athens in 432 B.C.). The U.S. Treasury first employed sanctions before the 1812 War against Britain. Woodrow Wilson was the first modern leader to promote financial pressure as an alternative to combat. The most effective sanctions are crippling ones imposed by multiple countries; the global boycott of South Africa over its apartheid policy in the 1980s led to elections that ushered the black majority to power. The worst case of unintended consequences may be the U.S. oil embargo on Japan that unleashed a chain of events leading to the bombing of Pearl Harbor. Sanctions on Saddam Hussein’s Iraq were criticized as toothless, indiscriminate and corrupt; in retrospect, they were proven to have cut off funding for his weapons of mass destruction.

Bloomberg View Homepage »
Debate over what kind of sanctions might keep Russia out of Ukraine shows how tricky they are to apply successfully. EU trade ties, including reliance on Russian gas, have caused squeamishness about broad trade embargoes that could harm U.S. and European companies. At first, penalties were mostly tailored to target individuals, industries or institutions – with exemptions for food and humanitarian goods. In July, the U.S. and E.U. upped the ante with sanctions limiting the access of Russian companies to markets and credit. The hardest cases may be Cuba and North Korea, where broad U.S. embargoes in place for more than half a century failed to change regimes or policies. Democratic or quasi-democratic states that care about international opinion and rely on global trade and finance are likeliest to respond, while isolated authoritarian regimes often don’t. With Russia, sanctions brought down Russian stock prices, weakened the ruble and brought warnings of recession; the question is whether that’s enough to make President Vladimir Putin sweat.
Posted by Phd in Economics at 2:41 AM No comments:

Posted by Phd in Economics at 10:22 PM No comments: