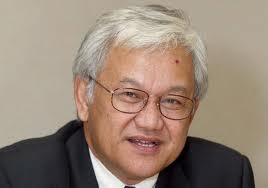 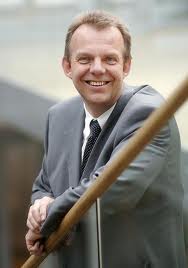 KUCHING: Sarawak Energy Bhd's (SEB) proposed 600 MW Balingian coal-fired power station in Mukah is expected to consume 5.2 million tonnes of coal annually.
The consumption rate for the 2x300 MW units is 592 tonnes per hour and the power station's requirements will be sourced from Mukah/Balingian coal fields, according to the project's detailed environmental impact assesssment report, which is being reviewed by Department of Environment.
The report said one of the two potential sources for coal was Buroi mine, which has a measured reserves of RM21.8mil tonnes.

A file picture shows SEB’s existing Mukah power plant. The company expects its proposed Balingian power station to cost more than RM3bil.
The second potential coal field is operated by Sarawak Coal Resources Sdn Bhd but its deposit is unknown.
Based on SEB figures, Sarawak is estimated to have about one billion tonnes of inferred coal reserves, mostly in the central region. The Mukah/Balingian belt has a reserve of some 550 million tonnes while another 470 million tonnes are in Merit-Pila area in Kapit, where the 2,400 MW Bakun and 944 MW Murum hydroelectric dams are located.
SEB also plans to tap the abundant Merit-Pila coal reserves by building a 1,200 MW power station in Nanga Merit to beef up its power generation capacity to meet the demand from energy-intensive industries in Sarawak Corridor of Renewable Energy (SCORE).
SEB has sold about 1,800 MW, representing 75% of its supply from Bakun dam (1,771 MW) and Murum dam (635 MW), to industries in SCORE.
The report said the Balingian coal-fired power station project would cover 680ha and would be located about 80km northeast of Balingian town.
There are 14 Iban longhouses with total population of about 1,600 residing within 5km radius of the project site. The two nearest settlements are located less than 1km away.
The project area was generally not rich in fauna because it could have been disturbed by anthropogenic activities like rice farming, logging and cash cropping, said the report.
Construction work for the power station is targeted to start in the third quarter on completion of land clearing and earthworks.
The first 300 MW unit is expected to be commissioned in January-2015 and the second 300 MW unit six months later.
“The power plant is necessary to enhance energy supplies, which is on rising demand. There is a need to increase generation capacity to meet industrial development in SCORE,” the report said.
According to Sarawak Industrial Development Minister Datuk Amar Awang Tengah Ali Hasan, SCORE had secured 17 projects with total investment of RM24.6bil and that negotiations were ongoing to attract 16 more projects with proposed combined investments of RM13bil.
The first batch of SCORE pioneer investors Press Metal Bhd, Tokuyama Corp, Asia Minerals Ltd and OM Materials (Sarawak) Sdn Bhd had signed long-term power purchase agreements with SEB.
The Balingian coal-fired power station is the third to be built by SEB, which owns the 2x135 MW Mukah power station and the 210 MW Sejingkat power plant in the state capital.
SEB chief executive officer Torstein Dale Sjotveit said recently that the Balingian power station would cost more than RM3bil.
Its implementation, which has been accorded priority, is to accelerate the next round of SEB's generation capacity expansion.
Sjotveit said another SEB's priority this year was to commence the development of a 500kV backbone transmission network from Bintulu to Kuching. Tenders for the project's major packages are under evaluation and the contracts are expected to be awarded soon.
Also on SEB's drawing board is the development of the proposed 1,000 MW Baram hydro dam in northern Sarawak. Some of the electricity output from the dam is expected to be exported to Brunei and Sabah.
Posted by Phd in Economics at 3:38 PM