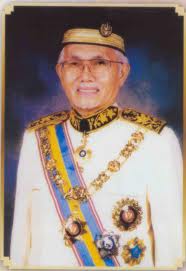 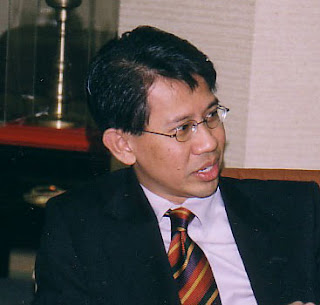 Moody’s lifts the state’s issuer rating to A3 from Baa1
PETALING JAYA: Sarawak has received an upgrade for its issuer rating from Baa1 to A3 by Moody's Investors Service.
The upgrade is due to Sarawak's strong record of positive financial performance, including the generation of operating and financing surpluses over many consecutive years, which has contributed to the state's growing reserve levels.
In a press statement, Moody's concluded that the state had a “coherent strategy consistent with the A3 rating”.
“Principally, the setting aside of sufficient assets to retire its large amount of foreign currency debt at maturity, as well as the strategy of continuing to build reserves and utilizing caution with respect to additional borrowings all support the rating upgrade,” it said.
The Moody's review focused on Sarawak's strategy for debt management, sinking-fund arrangements and future borrowing plans.
It said that “such results reflect robust growth in commodities-related revenues and the state's prudent approach to fiscal management, which includes conservative budget projections and tight control over stable and predictable operating expenditures”.
The state's financing surpluses averaged nearly 30% of operating revenues from 2004 through 2011, with an excess of 20% in most of those years.
The rating takes into account the state's sizeable and rising debt burden, due largely to its assumption of contingent liabilities related to its ownership of a non-profitable semi-conductor plant in earlier years and more recently, due to large planned investments in infrastructure.
Currently, Sarawak's debt burden is estimated at 111% of revenues in 2011 following a large borrowing undertaken to attract industrial activity for the Sarawak Corridor of Renewable Energy.
Although the debt burden was offset by revenue growth and sinking funds, Moody's projected significant rise in the burden this year if the state proceeded with additional planned borrowings.
That said, Moody's pointed to the substantial liquid reserves, amounting to an estimated 186% of total direct and indirect debt last year, which provided an important financial cushion in support of Sarawak's elevated debt load.
“Such coverage could decline in 2012 if the state proceeds with additional borrowing, but will remain well in excess of the stock of debt outstanding. Furthermore, its reserves are conservatively invested in cash and short-term instruments held at a wide variety of Malaysian financial institutions,” it added.
Moody's further said that the new rating was unlikely to be revised upward anymore as it was now equivalent to Malaysia's rating and unlikely to exceed that.
Sarawak is the country's fourth largest state in terms of population, with 2.5 million inhabitants and the largest in terms of land area. Its economy is driven by rich resources like oil and gas extraction, forestry and crude palm oil. Tourism in Sarawak should not be underestimated too.
The state was first put under review for an upgrade by Moody's in November last year.
Posted by Phd in Economics at 5:18 PM