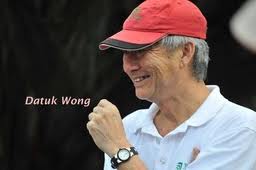 Borneo Post March 1, 2012, Thursday
KUCHING: Ta Ann Holdings Bhd (Ta Ann) has seen a good year in both its plantation and timber division, recording core net profit of RM166 million for the financial year 2011.
“Excluding the total provisioning of RM13 million for asset impairment, Ta Ann’s financial year 2011 core net profit is exactly the same with our estimate but was four per cent above the consensus at RM159 million,” Kenanga Investment Bank Bhd (Kenanga Research) noted in a research report.
The report attributed the strong financial year 2011 to the higher crude palm oil prices (CPO) of RM3,348 per metric tonne and stronger fresh fruit bunch (FFB) production of 456,000 metric tonne – a 25 per cent and 47 per cent increase year-on-year (y-o-y) respectively.
It had assumed 30 per cent FFB growth in financial year 2012 estimates as its young oil palm trees mature. The research house noted that this was in line with management expectation of 25 to 30 per cent FFB growth.
“Beyond financial year 2012, FFB growth should be sustained at a double digit growth rate for at least another three years as its average oil palm tree age is only 4.8 years old as compared to peak production age of 10 to 12 years old,” the research house explained.
Kenanga Research observed that the plantation division enjoyed another strong pre tax profit growth of 106 per cent y-o-y to RM167 million, which reinforced its view that Ta Ann would eventually be categorised as a plantation company.
“The company’s timber division has also seen its pretax profit jump 209 per cent y-o-y to RM51 million on the back of better average selling price for export logs and plywood,” the report explained.
However, as the research house expected softer average selling price for export logs and plywood in financial year 2012, it lowered its estimated pretax profit for the year to RM34 million.
AmResearch Sdn Bhd (AmResearch) noted in its report that Ta Ann declared a second interim dividend of 10 sen per share, bringing the total for the full year to 20 sen per share.
The research house had since adjusted its forecast annual gross dividend upwards accordingly, to 20 sen per share.
“We understand that the RM9.7 million impairment was made with regards to its property, plant and equipment in Tasmania, given the continuing losses of the operations there,” the report noted as it also highlighted a loss after tax of RM14 million for the plywood division, inclusive of the impairment.
It went on to maintain its forecasts as it had already assumed a financial year 2011 pretax loss of RM5 million for the plywood division excluding the impairment and further annual losses of between RM10 million and RM 13 million for financial year 2012 to 2014 forecasts.

Posted by Phd in Economics at 6:17 PM