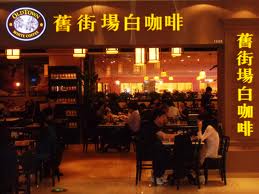 by Venu Puthankattil, venu@theborneopost.com. Posted on December 1, 2012, Saturday
KUCHING: Oldtown Bhd (Oldtown) has surpassed consensus estimates for financial results of the first nine months of financial year 2012 (9MFY12), on the back of its resilient fast moving consumer goods (FMCG) division which offset seasonal weakness of its food and beverage (F&B) segment.
The group’s 9MFY12 core net profit of RM35 million, accounting for 78.1 per cent of consensus’ full-year estimates; resilient profit before tax from its FMCG business inched up marginally by 1.4 per cent quarter-on-quarter (q-o-q).
This earnings boost in turn had helped to offset the sequential 12 per cent drop in profit before tax in the F&B segment which saw weaker earnings in the third quarter (3Q), attributable to slower sales during the Ramadan month.
OSK Research Sdn Bhd (OSK Research) analyst Danny Chan observed that the “gross margins remained stable at 31.9 per cent this year compared with 32 per cent over the corresponding period last year, probably due to stable coffee prices throughout the year and management’s successful marketing efforts, which did not involve sacrificing margins in order to stimulate sales.”
“On a year-to-date basis, FMCG sales grew 24.4 per cent year-on-year (y-o-y) while F&B sales jumped 19.8 per cent y-o-y as export sales continued to outperform sales to the domestic market.
“This reaffirms our view that the stock’s main catalyst lies with its FMCG business.
“We are of the view that the group’s exports will see significant growth next year once its new factory in China commences operation,” he highlighted.
Chan added that the group had declared an interim dividend of six sen per share compared with 2.5 sen per share during the corresponding period last year.
The group’s balance sheet remained sturdy as it was in a net cash position, he pointed out.
Oldtown had added six new outlets to its portfolio, bringing the total number of outlets to 213 (11 in Malaysia, one in Singapore, three in Indonesia and two in China) as at 3Q of 2012, compared to 196 as at end-FY11.
The analyst made no changes to OSK Research’s previous forecasts as he believed that the company should be able to open nine more outlets by the end of this quarter, boosting the total to 221 outlets.
He pointed out that besides launching its first kiosk outlet in KLCC recently, the group had recently opened its first newly designed signature outlet (in Mid Valley Megamall) which was described as “relatively small in size but embodies the ‘tradition meets modern’ appeal.” With the mall attracting some 30 million to 33 million visitors annually, he opined that this Oldtown outlet would be profitable as it would benefit from the mall’s success in attracting and retaining shoppers.
“With the exit of KFC Holdings (M) Bhd and QSR Brands Bhd from the local bourse by the end of the year, we continue to like Oldtown for exposure in the F&B sector.
“This is premised on the group’s consistent top- and bottom-line expansion and potential growth in its overseas business,” he reckoned.
The analyst tweaked the research house’s forecasts to reflect the change in the group’s financial year ending from December to March, revealing earnings estimates of RM57.3 million for FY13 (15 months) and RM59.8 million for FY14.
In tandem with the earnings forecast revision, he revised upwards the fair value of the stock to RM2.60 per share as he pegged the stock to 15 times FY13 earnings per share.
“That said, we believe the stock could rerate to 17 to 18 times forward earnings next year if the company can translate overseas expansion strategy into profits,” he concluded.

Posted by Phd in Economics at 3:41 AM