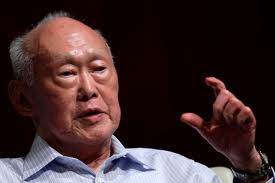 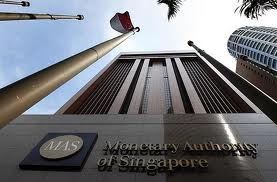 Indonesia’s central bank said it wants equal treatment for Indonesian banks to operate in Singapore as a condition for the approval of DBS Bank’s bid for Bank Danamon Indonesia.

Bank Indonesia deputy governor Halim Alamsyah said in Jakarta on Wednesday that it will seek talks on reciprocity with Singapore.

The Monetary Authority of Singapore (MAS) declined to confirm if these talks have started, stating on Wednesday: ‘Our dealings with other regulators are confidential.’
Background story

DBS chief executive Piyush Gupta said he remains “fairly confident” about getting the nod from Indonesian regulators in the next six months.

He added that rejecting the DBS deal could be a big blow to investor sentiment in Indonesia.

DBS said in a statement on Wednesday that it will work closely with Indonesian regulators to ensure the process runs smoothly and meets all regulatory requirements.

“Given the way the Indonesian laws are structured, the bank is fairly confident and hopeful that it will receive approval within the second half of the year,” the statement said.

However, the bank is also “mindful of possible headwinds including the issue of reciprocity.”

The MAS noted on Wednesday that there are four Indonesian banks with a presence in Singapore.

Of these four, only Bank Negara Indonesia has a full banking licence. This allows it to offer a wide range of services for retail and corporate clients.

But foreign banks with full banking licences are restricted in how extensive their branch and ATM networks can be.

Of the three other banks, Bank Mandiri operates as an offshore bank while Bank Central Asia and Panin Bank both have only one representative office here.

The MAS spokesman added that ‘all foreign banks are free to expand their activities in Singapore subject to the guidelines specific to the licence under which they operate’.

On April 2, DBS offered to buy Jakarta-based Bank Danamon for up to $9.1 billion, in the biggest takeover by a lender in South-east Asia. DBS will buy a 67 per cent stake in Danamon from a unit owned by its own substantial shareholder, Temasek Holdings.

It will pay $6.2 billion in shares for this stake and make a general cash offer for the rest of the Danamon shares, paying 7,000 rupiah a share, or $2.9 billion. The deal values Danamon at $9.1 billion in total.

Under Indonesian law, DBS will have to sell shares of Bank Danamon Indonesia back to the public if it owns more than 80 per cent of the lender after a takeover.

DBS Bank filed a notice with the Singapore Exchange last week stating that it will have to ensure it holds no more than 80 per cent of Danamon shares within two years of the acquisition unless it gets a waiver or extension from the Indonesian authorities.

Danamon has a network of 3,000 branches and a customer base of six million, and is Indonesia’s sixth-largest bank by assets. This will allow DBS to tap Indonesia’s fast-growing economy.

The Indonesian economy grew 6.46 per cent last year, and is forecasted to grow 6.5 per cent this year.

DBS shares lost seven cents to close at $13.19 on Wednesday.


Concerns over call for reciprocity thestart.com.my
PETALING JAYA: Bank Indonesia's statement on reciprocity has brought back concerns that had earlier also been an issue of contention among Indonesian banks with regards to their ability to operate and grow in Malaysia.
The Indonesia central bank reportedly said on Tuesday that it wanted “equal treatment” for Indonesia banks to operate in Singapore and would discuss with the city-state on reciprocity as a criterion for its approval on Singapore's DBS group to buy the country's sixth-largest bank, PT Bank Danamon Indonesia.
At the moment, there are certain restrictions on foreign banks operating in Singapore such as a limit on the number of automated teller machines and locations the banks are allowed to operate there, according to analysts covering the sector in the city-state.
The Indonesian banking scene is more liberalised with less limitations in comparison after it opened up its banking sector post Asian financial crisis as a way to encourage foreign investments and mend its then broken economy.

Requirement: Bank Indonesia says it wants ‘equal treatment’ as a criterion for its approval on DBS’ bid to buy Bank Danamon. – Reuters

Cheah King Yoong, a banking analyst at Alliance Research, said the Indonesian market was one of the “must-have markets” for local banks which wanted to continue to grow given the level of maturity present in the industry here.
Posted by Phd in Economics at 11:26 PM