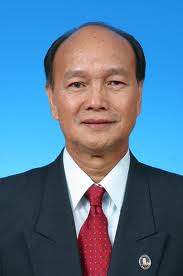 Borneo Post March 3, 2012, Saturday
SIBU: Malaysia’s total trade posted RM1.27 trillion last year, representing an increase of 8.7 per cent over the previous year, said Deputy Minister of International Trade and Industry Datuk Jacob Dungau Sagan.
“This is the highest trade figure we have ever achieved, and it is also our 14th consecutive year of trade surpluses,” Sagan said when officiating at the Malaysia External Trade Development Corporation’s (Matrade) programme with entrepreneurs and exporters at a leading hotel here yesterday.
He added, “The trade with Myanmar rose 115 per cent, Indonesia (23 per cent) and Cambodia (20 per cent) giving an indication perhaps, of where business potential might lie.”
“We also saw increase in our trade with Australia, Japan, the Peoples Republic of China and the Republic of Korea. The Peoples’ Republic of China is currently our largest market, making up a total of RM91 billion or 13 per cent of our exports.
“Singapore comes in second with RM88 billion and Japan is in third place with RM80 billion,” Sagan said in his text of speech read out by deputy chief executive officer (CEO) of Matrade Datuk Zakaria Kamarudin yesterday.
He, however, noted exports to America declined by 2.8 per cent, reflecting the sluggish state of its economy.
Trade with Asean neighbours represented 24 per cent of the country’s export, he noted, adding that declines were registered with Singapore, Thailand, Vietnam, the Philippines and Laos.
On the local front, the deputy minister observed Sarawak’s own trade volume grew by 24 per cent last year to post RM92 billion, representing some seven per cent of Malaysia’s total trade globally.
He disclosed, “Exports totalled RM80 billion and imports RM12 billion. Sarawak’s major exports were mineral liquefied natural gas (LNG) (51.3 per cent), crude petroleum (22.6 per cent), and palm oil (8.5 per cent).
“And its major markets were Japan, Taiwan, Korea and China. Investments in approved projects in the state last year were valued at RM8,453 million. Sarawak ranked third, after Penang and Selangor, in this category.”
According to Sagan, it was envisaged that these 43 manufacturing projects (29 new and 14 expansion projects), would create about 4,900 jobs in Samalaju, Tanjong Manis, Sejingkat, Pending, Muara Tabuan, Sibu, Kuching, Kemena and Bintulu.
He pointed out that most of the approved manufacturing projects were basic metal products, chemicals and chemical products, fabricated metal products, transport equipment and wood and wood products.
On a related matter, to increase exports, Malaysian companies, he stressed, needed to be more aggressive in export promotion.
To this, he assured, “Matrade will continue to assist you through its network of 43 offices around the world as well as through its various promotional programmes.”
Among the programmes, Inward Buying Mission (IBM) allocation helped companies, especially SMEs, to reduce the cost of travelling overseas to meet buyers.
As such, those yet to register with them were urged to do so, enabling them (registered companies) to have direct access to the latest market information, trade leads, and trade programmes and activities where they would be kept posted.
“This year, Matrade will be undertaking 121 trade promotion activities. These include participation in International Trade Fairs, specialized marketing missions, trade and investment missions as well as incoming buying missions.”
As such, he urged the private sector, especially the SMEs to participate actively.

Posted by Phd in Economics at 1:18 AM