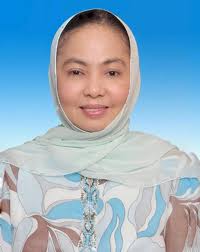 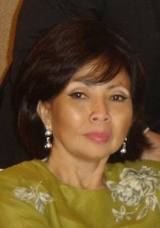 MASSIVE: An aerial view of Tanjung Manis POIC.
TANJUNG MANIS: Sarawak will play a pivotal role in the future of the palm oil industry in the nation as it is the only state in the country that still has plenty of land for the industry to expand.
Senior Minister and Minister of Land Development Tan Sri Dr James Masing said that currently some 1.2 million hectares had been planted with oil palm.
This year the total revenue from the industry in the state is expected to be about RM9 billion, he added.
“By 2020, we are expecting to have two million hectares of oil palm, making Sarawak the single largest palm oil producer in the country,” Masing told a press conference after being briefed on Palm Oil Industrial Cluster at Tanjung Manis Development office here yesterday.
Present at the briefing were permanent secretary to the Ministry of Land Development Datu Jaul Samion, STIDC general manager Datu Sarudu Hoklai and STIDC deputy general manager Hashim Bojet.
Masing said palm oil has a bright future as it is considered the most preferred seed oil in the world.
“Compared to other seed oils, palm oil is the most environmentally friendly as we are replacing trees with trees,” he said.
However, he stressed that Sarawak in particular and Malaysia in general has to be more productive and more efficient in its oil palm industry if it were to compete against other oil palm producing countries.
“We need more research and development so that we can manage our oil palm industry well. We also must be able to contain diseases which can affect the industry,” he said referring to the recent outbreak Ganoderma root disease in the northern region.
He said currently the industry is employing some 70,000 people in the state, making it the most important industries besides oil and gas and timber.
Touching on the Tanjung Manis Palm Oil Industrial (POIC), Masing said the complex is expected to be fully operation next year.
Built at a cost of RM196 million, the facility would also handle other oil products for distribution as well as for export.
“This facility would contribute to the overall of the Sarawak Corridor of Renewable Energy (SCORE) project.
“And as oil palm is one of the ten major industries under SCORE, we are confident to make Tanjung Manis POIC as the hub for the industry especially as it has a huge hinterland,” added Masing.
Posted by Phd in Economics at 1:31 PM