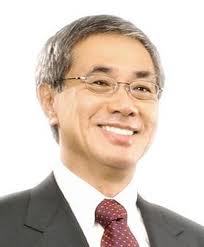 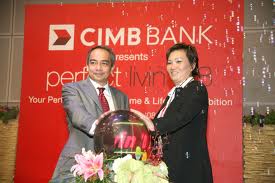 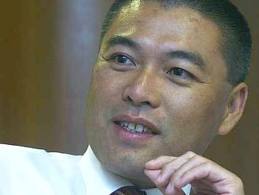 “We delivered record profits and ROE in a year when revenue growth was subdued due to the high 2010 non-interest income base, compressing interest margins, and our more cautious approach to asset growth.”

The bank’s primary disappointment, said Nazir, was its share price which significantly underperformed benchmarks. “I don’t believe in tactics to boost share price. We will continue to be as transparent as we can, and let the investors decide. Let the market take its course.”

“Last year’s non-interest revenue was boosted by the sale on ex-Lippo bonds, which created a bigger base,” said Nazir.

Bank CIMB Niaga, its Indonesian operations, reported a FY11 net profit of 3.17 trillion rupiah (RM1.06 billion), a 24.6% growth YoY, on the back of strong loans growth.

“We expect CIMB Niaga to continue its high growth rates in line with robust Indonesian markets. The Indonesian economy is expected to grow around 6%,” said Nazir.

The Thai bank enjoyed a windfall gain of one billion baht in the 4Q, being the share of recoveries from legacy bad loans managed by Thai Asset Management Group, which was partly used to increase provisons following the flood.

On its outlook for 2012, Nazir said the bank is “cautiously optimistic” and an ROE target of 16.4% has been set for the year.

“I think 2012 could surprise on the upside as most of the downside risks are already quite visible. We believe that recent changes to our business model and processes have made us more competitive in our regional wholesale business, and our 2012 deal pipeline is very good,” he said.

Despite the anticipated slower credit growth environment for retail loans and softening in traditional areas like mortgages, Nazir said CIMB would build on last year’s growth in the consumer banking sector.

Meanwhile, commenting on the recent reports of CIMB’s bid to buy the Australian equity business of Britain-based Royal Bank of Scotland plc (RBS), Nazir confirmed that discussions are underway, but declined to comment further.

On the bank’s proposed acquisition of Bank of Commerce in the Philippines, he said CIMB hopes to complete the deal within next month. The Philippine central bank has a 60% cap on foreign ownership of banks.

Posted by Phd in Economics at 3:48 AM