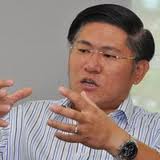 Borneo Post February 29, 2012, Wednesday
READY FOR GROWTH: Dayang is hopeful about the upcoming tenders of major hook-up and commissioning contracts from PCSB and Shell Sarawak/Sabah worth more than RM7 billion in total.
KUCHING: Dayang Enterprise Holdings Bhd (Dayang) posted the highest ever year-to-date profit after tax of RM83.9 million in 2011, an increase of 23.9 per cent from RM67.7 million recorded previously.
Revenue for the financial year ended December 31, 2011 also rose to RM382.3 million an increase of 50 per cent, versus the corresponding period of the previous year at RM255.4 million.
In a filling to Bursa Malaysia recently, Dayang said all segments registered higher revenue this year as compared with the previous year with offshore topside maintenance (TMS) contributing RM125 million or 99 per cent of the increased revenue.
More importantly, on top of the good set of financials, the group also posted an impressive health safety performance. As of end January 2012, it achieved a record of 25 million man hours without loss time injury since 2004. This was an added advantage for Dayang to position itself as a strong and proactive player in the industry.
With the good track record, Dayang will be in a strong and competitive position to technically qualify for the upcoming tenders of major hook-up and commissioning contracts amounting to more than RM7 billion, from Petronas Carigali Sdn Bhd (PCSB), Shell Sarawak/Sabah and ExxonMobil.
On the commercial front, Dayang’s order book stood at about RM1.4 billion with sizeable contracts being the PCSB topsides structural maintenance project worth RM802 million, PCSB hook-up and commissioning project worth RM200 million and Sarawak Shell & Sabah Shell Topside Maintenance Contract worth RM350 million.
Dayang’s board remained positive of its prospects for financial year 2012 as it has on-going contracts exceeding RM1.4 billion to last at least until 2016 and at the same time looking positively to replenish its order book.
The Group had a good start in 2012 when it secured a contract worth RM125 million from Talisman and another RM80 million contract for its workboat MV Dayang Zamrud with Brunei Shell.
Dayang’s Board declared a five sen per share single tier tax exempt second interim dividend, which would be payable on 12 April 2012.
On the prospects of Dayang Group, RHB Research believed focus would be on FY13 earnings and beyond, reflecting its view that significant development and maintenance work would and contract wins could propel Dayang to new heights.
It pegged Dayang’s fair value at RM2.35 per share, based on target 13 times FF12 earnings per share.

Posted by Phd in Economics at 2:03 AM